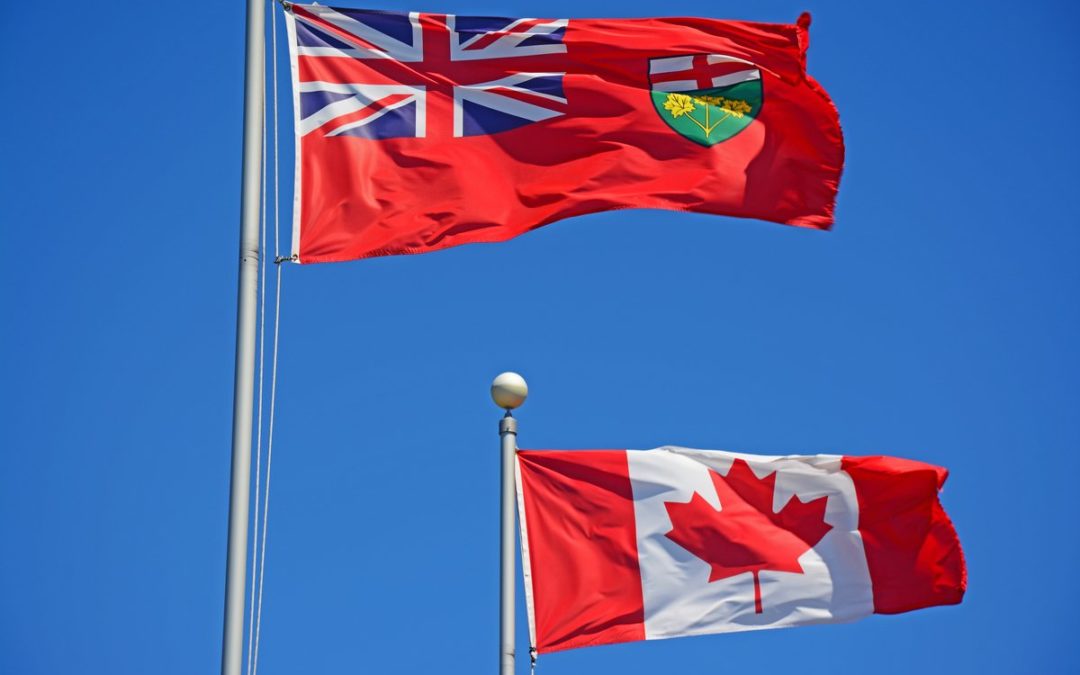 Ontario is where the lion’s share of votes/seats reside, and all parties are devoting considerable time and resources into winning here. The Liberals had been leading in most parts of the province, partly due to the effect of Ontario Premier Doug Ford’s sagging popularity on the Conservative campaign, though the recent blackface/brownface scandals appear to have tightened the race. Here’s some of Counsel’s ridings to watch in the country’s most populous province.

Counsel’s Preview: Kirsty Duncan won Etobicoke-North in 2011 by a comfortable margin of over 3,000 votes and swept the riding in 2015 by a large margin. Duncan has a close connection with her constituents in this ethnically and economically diverse riding. Duncan was named Minister of Science in 2015 and was given added responsibility for Sport and Persons with Disabilities in 2018.

In 2018, Doug Ford became Premier of Ontario while representing the same riding as Duncan at the provincial level. With “Ford Nation” anchored in Duncan’s backyard, it is possible the electorate could be swayed away from the Liberals if public mood turns sour, as it did against the Wynne Liberals.

This is also the same riding with a recent surprise entry of candidate Renata Ford for Maxime Bernier’s People’s Party. Hoping to capitalize on the Ford Nation effect herself, the widow of former Toronto Mayor Rob Ford aims to flip voters who supported Doug Ford in 2018, and bleed support from the Conservatives. This will be an exercise in whether the Ford name will hold true in the riding and demonstrate whether the PPC has any growth potential in the 416.

Counsel’s Preview: Everyone will have one eye turned to Markham-Stouffville on election night, as former Minister Jane Philpott tries to do the near impossible and win as an independent candidate. Only in a few instances have Canadians elected independents, mostly in ridings where personal loyalty runs deep after multiple elections, such as Bill Casey in Nova Scotia. To Philpott’s advantage, she does have considerable name recognition after she stood with Jody Wilson-Raybould during the SNC Lavalin Affair. This garnered her national attention and is a massive factor in her favour as she seeks re-election.

One of the biggest hurdles for Dr. Philpott is that former Ontario Liberal Health Minister, Dr. Helena Jaczek, who represented the same riding provincially, will be carrying the federal Liberal banner. This riding is traditionally a Liberal-Conservative contest, however, with Philpott’s name recognition and profile, it could become a three-way race. Will Philpott and Jaczek split the Liberal vote, allowing Conservative newcomer Theodore Antony to come up the middle? Or will Philpott follow the trend of past independent candidates and fall to the wayside?

Counsel’s Preview: Glengarry-Prescott-Russell is another rematch between the Conservatives and Liberals, as Drouin defeated Lemieux (who also ran for the CPC Leadership in 2017), who had represented the region from 2006-2015. Liberals have held the riding from 1962-2006, making this a difficult one to call.

This is relevant because provincially, this riding is now represented by Independent MPP Amanda Simard, who left Premier Doug Ford’s PC caucus after the Ontario government’s cuts to French language education and culture, a hot-button issue, as the riding has a large Franco-Ontarian population with French spoken by 54 per cent of households. The linguistic makeup and provincial political influence makes this riding more unique than most in Ontario. The Trudeau Liberals have rallied to the Franco-Ontarian cause, a factor that could impact how voters cast their ballot in an otherwise close race.

Counsel’s Preview: Unlike other ridings in Ontario, Kenora’s borders do not line up with its provincial counterparts. Provincially, it is made up of the ridings of Kiiwetinoong and Kenora-Rainy River, represented by New Democrat and PC MPPs respectively. Federally, this riding was represented by Bob Nault from 1988-2000, who returned in 2015 to narrowly defeat former Ontario NDP leader Howard Hampton and incumbent CPC Greg Rickford, now the provincial Minister of Energy, Northern Development and Mines and Indigenous Affairs, in a three-way race.

This time around the riding is under a national microscope as Nault is running against NDP candidate Rudy Turtle, the Chief of Grassy Narrows First Nations. This community has suffered from mercury poisoning dating back to the 1960s and has sought federal funding for a care home to help those most impacted. To further complicate matters, Prime Minister Trudeau exchanged words with Grassy Narrow protestors at a March fundraiser, and was forced to apologize, prompting Turtle to enter the federal race. This incident has been frequently cited on the campaign trail by Jagmeet Singh. With Howard Hampton managing the campaign, it could spell trouble for Nault.

Counsel’s Preview: The 905-region riding of Milton has been safe territory for the Conservatives and Lisa Raitt, the former Conservative cabinet minister and leadership candidate. This riding (and its precursors before boundary redistribution) are traditionally a Conservative-Liberal contest, with the Liberal vote reliably coming in second even in 2011 when the Liberal vote collapsed across the country. With former Olympic kayaking gold medalist Adam Van Koeverden running for Liberals, they are hoping his name will be enough to put them atop the podium on election day.

One of the reasons we are watching Milton, beyond the Raitt-Van Koeverden showdown, is that Milton has seen considerable growth over the last number of years. With redistribution in 2015, Milton became its own riding for the first time, losing large sections that became an entire riding of their own with the creation of Oakville-North Burlington.

With an influx of new families to the community, Milton has had some of the fastest population growth rates in the country, with 26 per cent of its population under 19 years old, and a below average 10.5 per cent of the population over 65 years old. Milton therefore has a relatively young population in an election where Millennials and Gen Z make up almost 40 per cent of the voting population nationally. It is also ground zero for the young parents aged 30-39 who are being courted in the 905 with cost of living announcements relating to child care and home ownership, making Milton a true litmus test for the political appeal of these policies.

Counsel’s Preview: In 2015, Liberal candidate John Oliver defeated Conservative incumbent Terence Young. After only one term, Oliver decided to not re-offer in 2019, and instead Anita Anand will carry the Liberal banner against Terence Young as he attempts an electoral comeback. Anand is a law professor specializing in corporate governance who beat former Ontario Liberal cabinet minister Kevin Flynn for the nomination.

This race is an important one to watch as it sits at the nexus of 905 politics. Oakville is a relatively affluent suburb of the Halton region, and is among the top 10 wealthiest ridings in Ontario. It is also a commuter community, with many residents driving into Toronto or taking public transit. This is a target riding for many Conservative policies such as the universal tax cut or reversal of the Liberals’ small business tax reforms, which will benefit high-income earners. Likewise, the Conservative plan to eliminate carbon pricing for consumers is aimed at commuters like those living in Oakville who may be turned off by higher gas prices.

Counsel’s Preview: In 2015, the new riding of Aurora-Oak Ridges-Richmond Hill was carved out of the York Region suburbs north of Toronto, where massive population growth saw the former Oak Ridges-Markham riding essentially split into three.

This was a surprise win for the Liberals in 2015, as the redistributed riding would have gone overwhelmingly Conservative in 2011 with over half the vote, but it followed the same trend as most of the 905 in sweeping Trudeau to power. A few years later, the riding went blue provincially when Doug Ford became Premier. Not long after the Ontario PC victory, Liberal MP Leona Alleslev unexpectedly crossed the floor, leaving government to join the Conservatives in opposition. Without a strikingly principled explanation as to why she made this switch, many commentators concluded that it was borne of political self-preservation.

In 2019, business executive Leah Taylor Roy is running for the Liberals to square off against Alleslev. Much like Oakville, this riding boasts a high median income and strong commuter culture. While this riding should flip Conservative, the wild card is how voters will react to Alleslev’s unusual floor crossing.

Counsel’s Preview: Peterborough-Kawartha and neighbouring Northumberland-Peterborough South are widely considered to be two of the most extreme examples of bellwether ridings for national elections. In almost every election, the party that forms a majority government wins both of these seats, and if they form a minority, they win only one, usually Peterborough-Kawartha. This quirk of Canadian politics means that Peterborough is always closely watched and hotly contested.

Liberal candidate Maryam Monsef is a well-known quantity, having served in cabinet since 2015, but her federal political career got off to a rocky start. After being tasked with the electoral reform file as Minister of Democratic Institutions, the government jettisoned its promise to end first-past-the-post voting. She found her footing as Minister of Women and Gender Equality, and was eventually given responsibility for International Development. Her ministerial responsibilities over the last four years have likely given her the profile needed to hold off Conservative candidate and accomplished tech entrepreneur Michael Skinner in their electoral rematch.

Counsel’s Preview: In a surprise re-entry into politics, long-time Liberal MPP and Ontario cabinet minister Sandra Pupatello is throwing her hat into the ring against popular NDP MP Brian Masse in Windsor West. Pupatello represented the riding provincially from 1995-2011 provincially, overlapping with Masse who has been federal MP since 2002. This truly makes Windsor West a battle of political juggernauts with 32 years representing the riding between them.

Pupatello has a strong following in the riding and further raised her considerable profile as runner up to Kathleen Wynne in the 2014 Ontario Liberal Leadership contest. Both she and Masse have historically cruised to victory in the riding with well over 50 per cent of the vote. Masse has deep ties to the community as a city councillor and ardent supporter of auto workers, and has earned a proven reputation as a hard worker. Despite the NDP’s lower national polling numbers under new leader Jagmeet Singh, Masse would likely hold onto the riding – if he was running against literally anyone but Pupatello. This is one riding where the local candidates will determine the outcome, as the Liberals hope to break the NDP’s hold on Windsor West to help secure a second majority.