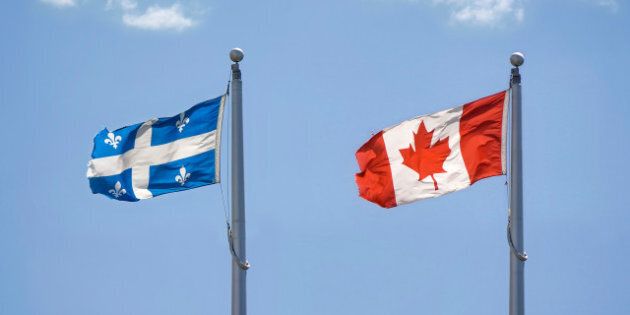 This week Counsel takes a look at La Belle Province. Québec is a key battleground with many competitive seats up for grabs, and a number of ridings shaping up to be three- or four-way races. There is no shortage of hot topics driving the race in Québec –  Québec Premier François Legault injected himself into the campaign last week with a list of demands to the party leaders, demanding respect for Québec and seeking new powers to control immigration, taxation and French language in federally-regulated industries. This adds to request for leaders to pledge that they will not participate in any legal challenges to Québec’s religious symbols ban.

Winning in Quebec will be critical to forming the next government — here are our ridings to watch as we inch closer to election day.

Counsel’s Preview: This Québec City riding was a Bloc Québécois stronghold from 1993-2011 represented by Christiane Gagnon, however the NDP took the riding in 2011 when the Orange Wave swept 59 of the province’s 75 seats. In 2015 however, Jean-Yves Duclos turned the riding red for the Liberals, narrowly defeating the NDP incumbent by 1,000 votes.

An accomplished economist, Duclos was named Minister of Families, Children and Social Development where he oversaw the implementation of marquee Liberal programs like the Canada Child Benefit and National Housing Strategy.

The decline in the NDP’s Québec polling numbers, which are hovering around 10 per cent, down from 25 per cent in 2015, are changing the election dynamics across the province. This riding is being targeted by the Conservatives who currently hold all but two seats in the Québec City region, as well as the resurgent Bloc, who hope to take back their former turf. It is shaping up to be a three-way race between Duclos, Conservative newcomer and former political staffer Biana Boutin, and former Bloc MP Christiane Gagnon. While Duclos is favoured to hang onto the seat, heated debate over Québec’s popular religious symbols law could tip the scales for the Bloc or Conservatives, If so, Premier Legault will have dramatically impacted the election outcome.

Counsel’s Preview: Maxime Bernier has held the riding of Beauce since 2006 and has won by commanding margins ever since. After narrowly losing the federal Conservative leadership to Andrew Scheer with 49 per cent support on the 13th and final ballot, Bernier took the unprecedented step of leaving the Conservatives to form a new party – the populist People’s Party of Canada.

South of Québec City, Beauce is a small “c” conservative riding, setting up a race between Bernier and Conservative Richard Lehoux, a former president of the Québec Federation of Municipalities and local mayor. An August Mainstreet Poll indicated that Bernier had a thin one per cent lead on Lehoux among decided voters, though with an estimated 16 per cent of Beauce voters undecided, it is up in the air who will win.

In an amusing development, the satirical Rhinoceros Party candidate is a local delivery man also named Maxime Bernier – which has the potential to sow some confusion among voters in the polling booth. In 1988, the Rhinos pulled the same stunt against Liberal leader John Turner and siphoned off 760 votes.

Bernier’s chances got a major boost with the decision to include him in the French and English debates. If Bernier is able to hold this seat, it will give him more runway to establish his new right-wing party in Canada. As we wrote in our recent blog, despite the People’s Party’s small stature, it has the potential to significantly disrupt Canadian politics.

Counsel’s Preview: The race in Beloeil-Chambly demonstrates how much Québec politics is being reshaped as the NDP declines in the polls. NDP MP Mathew Dubé was first elected in 2011 and held onto the riding in 2015 after redistribution carved out polls that voted Liberal or Bloc.

Polling models now show Dubé running a distant fourth in the riding, in a two-way race between new Bloc Québécois Leader Yves-François Blanchet and the Liberals’ Marie-Chantal Hamel, an experienced former political staffer. To date, the Liberals have been the main beneficiaries of the NDP’s waning support in Quebec, although it remains to be seen if this trend will hold by the time we reach election day.

Blanchet, a former Parti Québécois MNA and Québec environment minister, has chosen a riding that does not overlap his former provincial district. He is betting that his profile as party leader and the Bloc’s new environmental message will give him the boost needed to take back an area represented by the Bloc from 1993-2011.

This is a must-win seat for the Bloc, who are hoping to grow their current 10 seats to 12 in order to obtain party status and qualify for the parliamentary staff support needed to expand their base.

If Blanchet loses, it would force the BQ to choose between a leadership contest, a by-election in another Bloc-held seat, or a caucus leader outside of parliament. If the Liberals win the riding, their strategy of picking up NDP seats in Québec to offset losses elsewhere in Canada will be a stunning success.

Counsel’s Preview: Any time a candidate defeats a leader of a major party, the term “giant slayer” applies. Hélène Laverdière earned the moniker twice, defeating Gilles Duceppe in 2011 and 2015, effectively forcing the Bloc into a leadership race. This election, Laverdière has decided not to run, opening this riding up to a three-way contest between the NDP, Bloc and Liberals.

Laurier—Sainte-Marie is a progressive bastion in the heart of Montreal’s francophone Plateau neighbourhood. With climate change now the top issue for Québec voters, the Liberals are making a bold play for the riding with star candidate Steven Guillbeault, one of Québec’s best known environmentalists. As co-founder of the non-profit organization Équiterre, Guilbeault advised the Trudeau government on the next wave of policies that will be required to meet its Paris climate targets. He has also had to reconcile his candidacy with his past criticism of the government’s decision to approve the Trans Mountain pipeline expansion..

While the NDP are waning elsewhere in Québec, they will hope to retain this left-leaning stronghold with new candidate Nimâ Machouf. An epidemiologist by training, she is married to former Québec Solidaire MNA Amir Khadir who represented the riding provincially. Machouf also has received the endorsement of the outgoing Laverdière, indicating strong support from local organizers.

The Bloc will also be highly competitive, hoping that Michel Duchesne wins back their old seat. Earlier this year Duchesne also ran for the Bloc in the Outremont by-election. The outcome of this race will determine who won the hearts & minds of Québec’s progressive voters – a result that will have ripple effects across the province.

Counsel’s Preview: The NDP narrowly won Drummond in 2015 with just 2,000 votes over the Liberals. This riding shows how the electoral map in Québec is being disrupted as voters move across the spectrum from election to election, resulting in large electoral swings for each party. Incumbent François Choquette defeated the BQ in 2011 with over half the vote, and won again in 2015 but with just 30 per cent of the vote in a competitive four-way race. In 2019, this riding is shaping up to be a close three-way race between the Liberals, Bloc and Conservatives, with the NDP dropping to fourth.

Each of the candidates looking to unseat Choquette is well-known in the riding. The Conservatives are fielding former journalist and director of the Drummond Junior Chamber of Commerce, Jessica Ebacher. The Bloc Québécois candidate is media personality and philanthropist Martin Champoux. Flying the Liberal banner is Julie Lemieux, who became the first transgender mayor of a Canadian municpality in the town of Très-Saint-Rédempteur. If elected, she would be the first transgender Member of Parliament in Canadian history.

This riding will be a true test of who can fill the vacuum left by the NDP’s decline in Québec. It is indicative of most of the ridings where the Bloc is competitive, and represents an important pick-up that the Liberals need to hold their majority. If the Conservatives can break through here, they will have exceeded their expectations in the province and possibly be tracking to a minority government.