The first and only in-person debate between the three main parties contesting the BC election was held last night. The 90-minute event was tightly moderated, producing a much more orderly affair in comparison to what we’ve seen in the US Presidential contest, and while the consensus is that there were no game-changing moments, there was a lot of substantial discussion on a wide range of important issues, and a great deal to unpack. 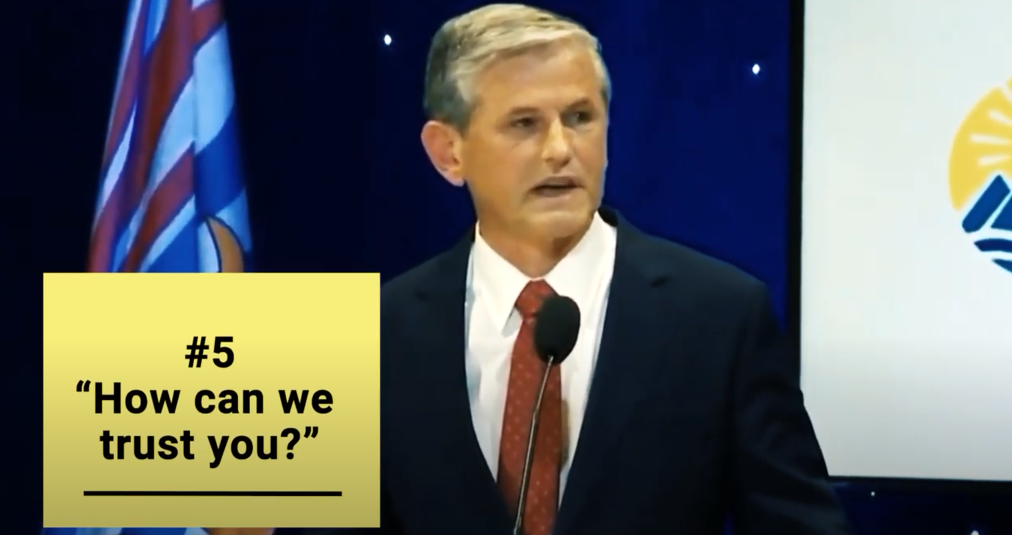 While there were no knockout punches in this debate, this exchange shows BC Liberal Leader Andrew Wilkinson going on the offensive after a couple of very tough days on the campaign trail.

The BC Liberals have traditionally been considered stronger on economic issues, and in this clip Wilkinson doubles down on his campaign’s efforts to shift public concerns away from pandemic health issues to economic recovery and growth. The strategy hasn’t gained traction with the public to-date, but this was a well-executed effort to press NDP Leader John Horgan on the issue, probably Wilkinson’s cleanest hit.

“Which way do you want to go?” 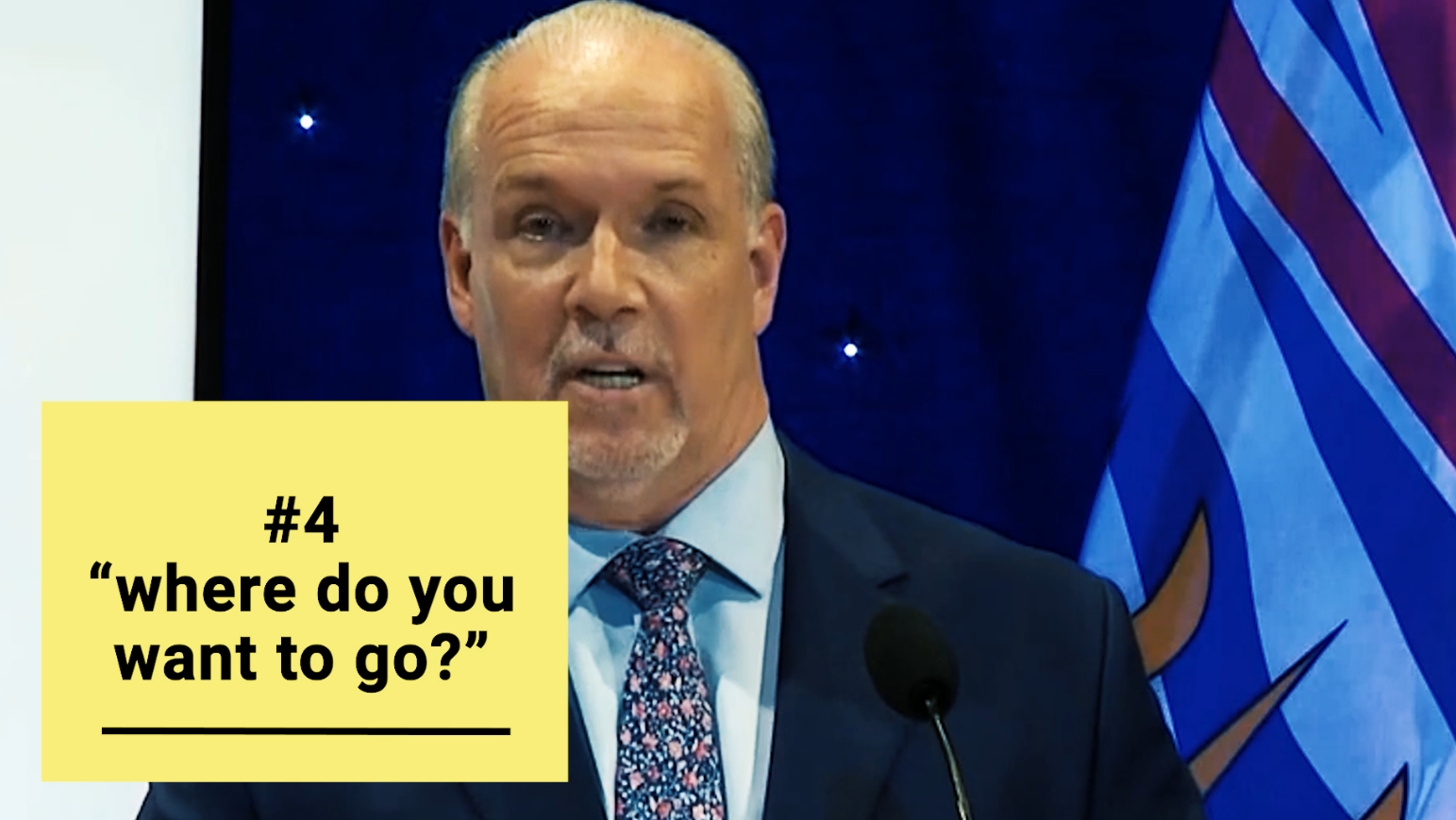 BC NDP Leader John Horgan has delivered a pretty consistent message over the last three years, and it’s been amplified by his response to the pandemic. That message is that as premier, he’s focussed on the needs of ordinary people.

This clip, his closing statement, is a good summation of that message, and a good example of how his campaign has worked to shift public focus toward his strengths. It’s been a very effective strategy, and helps explain how he’s consistently rated among the most popular provincial leaders in the country, and how he’s maintained a significant lead in this campaign.

“All the poker chips are on LNG” 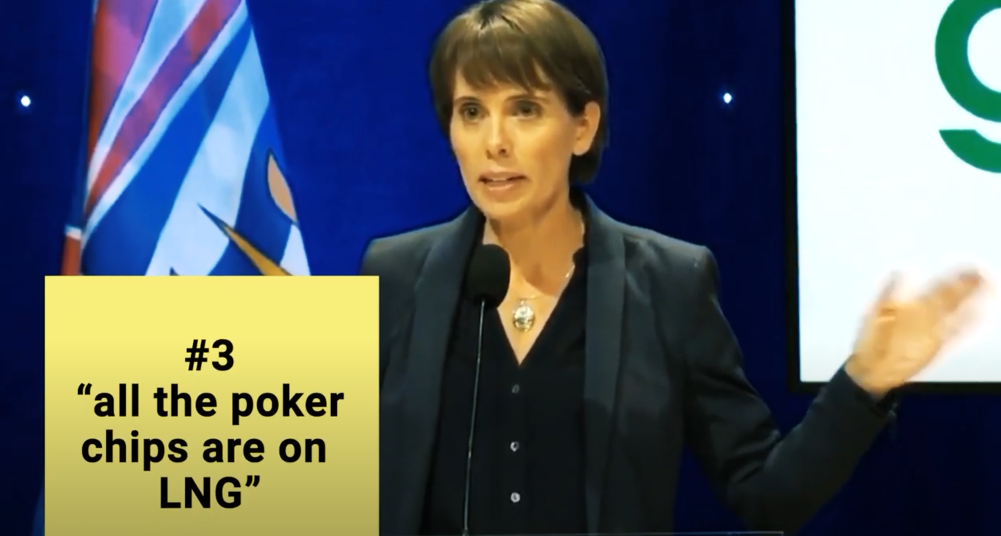 As the third party, the BC Greens need to punch through on issues which distinguish themselves from the other two. Depicting the leading parties as “old line” is a tried and true strategy and this clip is a good example of the tactic in action.

If this were a normal year, climate change would likely be the number one issue in this election. The uneasy alliance between the BC Green Party and BCNDP was at its most strained when it came to the issues of Site C and Canada LNG. In this clip, Fursteneau is drawing a red line on climate policy, representing a departure from her predecessor, Andrew Weaver.

The BC NDP’s urban base is largely opposed to the extractive resource sector, and the BC Greens hope to gain votes here.

“They need our help, not our contempt” 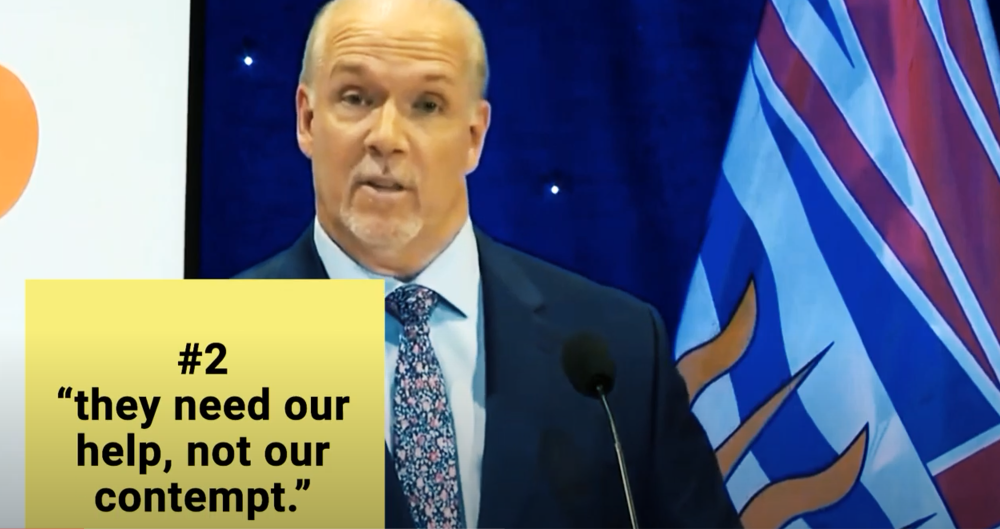 Coming into the election, BC NDP Leader John Horgan knew he had to deal with a number of vulnerabilities, and this is a good example of how he’s managed them.

The pandemic has forced record numbers of vulnerable people into the streets, and when asked about the resulting growth in tent cities and street disorder, Horgan effectively depoliticized the issue by acknowledging BC Liberal Leader Andrew Wilkinson’s work on the file. This was a tactic he employed a number of times, and it serves to remind the public of the collaborative and well-regarded approach he’s taken on complex issues throughout the pandemic.

“Put your hands up” 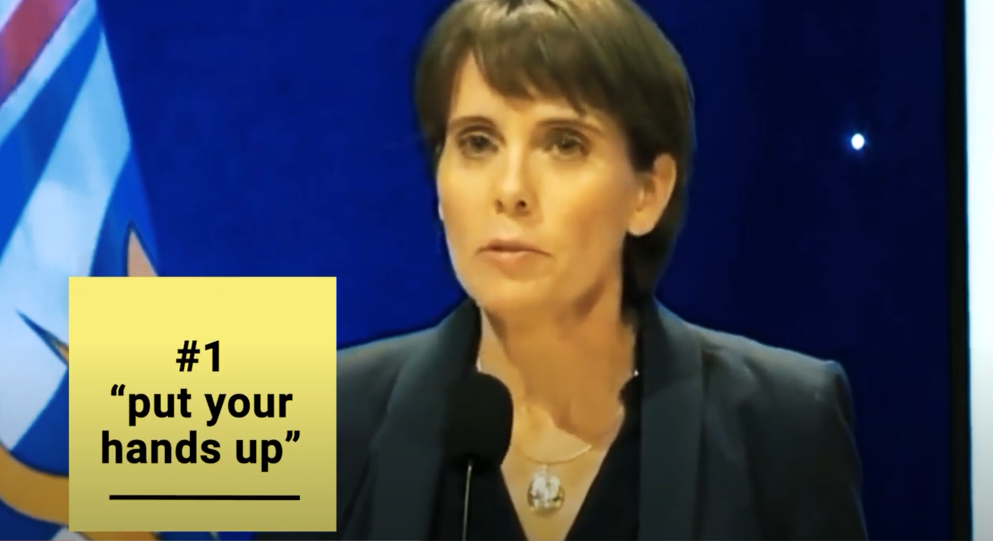 Aside from some of the gaffes, this moment created the strongest reaction online. The BC Green Party Leader is very new to her role, having assumed the job just a week before the election began. This debate provided an important opportunity for her to raise her visibility.

Asked to relate how they have reckoned with their own racial privilege, Fursteneau distinguished herself from the other leaders, who struggled to find the right context. Her answer was thoughtful, heartfelt, and connected with the moment.

Throughout the debate, Furstenau generally avoided cheap shots on her opponents, opting instead for a calm and empathetic tone. She is betting that voters are looking for a new face in politics and want someone who can make a point in an earnest and non-partisan way.