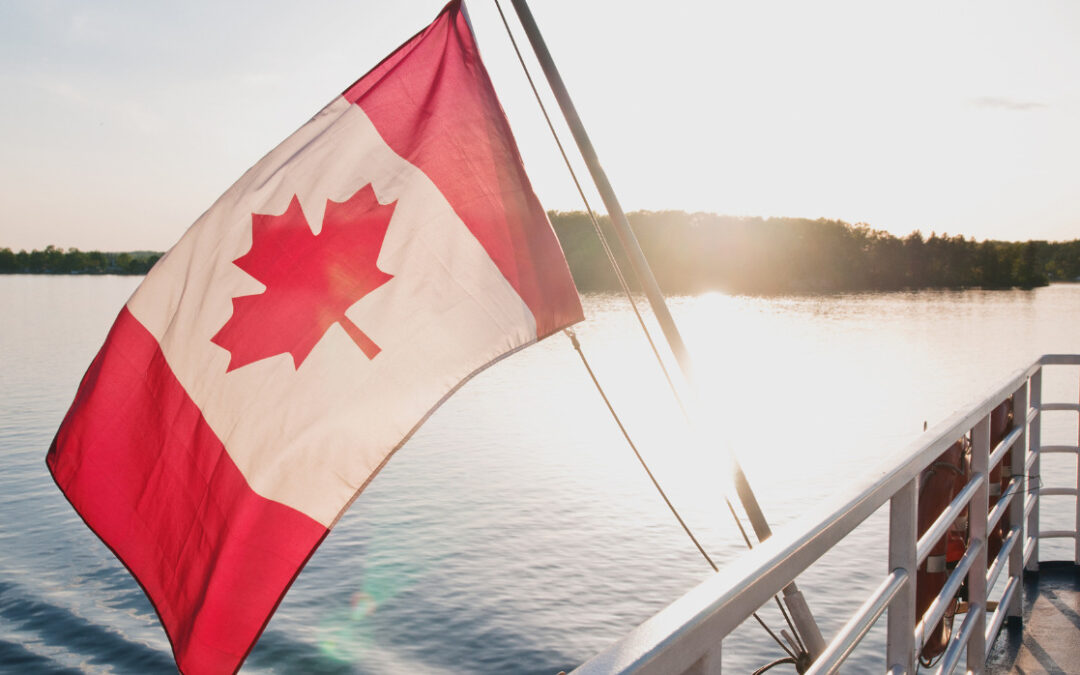 June 30, 2022 – As Canadians prepare for barbeques and fireworks this long weekend, the pollsters at Counsel Public Affairs went into the field to find out how Canadians are feeling about both the Canadian flag and Canada Day itself this year.

The past several years have seen increased reckoning with racial discrimination and colonial injustice in Canadian society, including the discovery of unmarked graves which have brought to the forefront of public discourse the horrific abuses committed under the Indian Residential School system.

As this reckoning and reconciliation continues, there has been a growing debate over whether or not Canada Day festivities should be tempered with reflection, or even halted altogether.

In light of this conversation, Counsel’s pollsters asked Canadians whether Canada Day should be a day to celebrate our nation’s accomplishments, reflect on our shortcomings, or a mix of both. Nearly half (47%) of respondents felt that the nation should spend the day in both celebration and reflection, while 41% believed Canada Day was a day for celebrating with reflections on our shortcomings left for another day. Only 12% believed that Canada Day should be strictly for reflection. 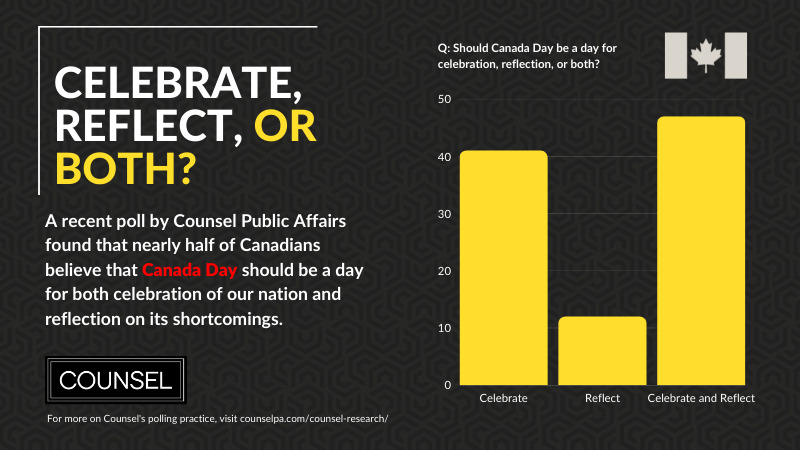 “Our polling results show Canadians remain proud of their flag, and proud of their country despite, at the same time, expressing strong support for the need to reflect on our nation’s shortcomings,” said David Murray, Senior Manager, Federal Advocacy and Polling at Counsel.

Strong reactions also came when respondents were asked their thoughts on replacing the Canadian flag. Canadians were four times more likely to say that they want to keep the current flag (71%) than adopt a new one (17%), with 56% saying they strongly disagreed with the suggestion a new flag was needed and only 7% saying they strongly agreed.

It is interesting to note that there was no difference in expressed pride for the Canadian flag between those who supported this year’s Freedom Convoy and those who opposed it.

For media inquiries or further discussion of our findings, contact:

Counsel surveyed 1,093 Canadian residents were surveyed between June 24th and
June 25th, 2022. We used the Lucid Exchange Platform as the sample provider, which blends a variety of partner panels. If the survey was a probability-based random sample of the same size, it would be considered accurate to +/- 3 nineteen times out of twenty.