COMMENTARY – Devan Sommerville: Once again, we’re a nation at war – and together we can do it

Apologies if this sounds dramatic.

You may have heard someone say that the COVID-19 pandemic is like a war. They’re right. A world war is the only good comparison.

Our economy is completely re-orienting itself to battle the pandemic. Entire industries will be re-tooled in the next weeks to produce life-saving equipment. Tens of thousands of laid-off service industry workers will be working in factories, food processors, fulfillment centres and groceries to meet the needs of the health care workers on the front line and a society mainly hunkered down.

This isn’t going to be over in 2 weeks. It won’t be over in 2 months. Your freedom of movement will be further restricted, for a time. Don’t count on being able to leave the country for at least the rest of the year.

We aren’t even fighting the battle here in Canada yet. Unlike SARS in 2002, we got lucky this time and drew the long straw – more time to prepare. Our Federal, Provincial and municipal leaders have mostly been in lock-step – they’ve not been perfect, but they’re moving heaven and earth and reacting much more quickly than other countries. There’s more to come, without question. Most people seem to be taking this very seriously. This alone can save tens of thousands of lives.

But don’t kid yourself for one second. The war has barely begun here. The best thing I can say is that if we do what is needed, it will last far less time and be far less costly than what our grandparents and great-grandparents endured.

Right now, we’re doing the equivalent of digging trenches, stockpiling ammunition and supplies. The Blitzkrieg is coming. This is not in question. Only with how much force and whether our defenses – the health care system – can hold.

Other countries are being overwhelmed, or are about to be. We won’t know for another week at least whether Italy – the first position to fall – is getting a grip on the situation. Much of the rest of Europe may be just as bad in a matter of days. The United States will make them all look like a skirmish. I shudder to think of what will happen in less developed countries.

Vaccines, better therapies, more medical equipment – this is the counterattack. It’s coming. But like all counterattacks, it takes time to organize. In the meantime, it is on all of us to hold the line. You’re the poor bloody infantry in this war, and here are your weapons.

Stay at home. Limit groceries and essentials to once every 2 weeks. Listen to every word of precaution from your doctor when going to a necessary appointment. Don’t touch anything you don’t have to. Keep your outdoor time to bike riding, walking, jogging and pet walking while you’re permitted – alone or with your household only. No person-to-person socializing if it can’t be done outdoors from 6 feet away, period. Hand washing and face-touching discipline has to be relentless – learn how to do it properly if you don’t know. Support your local restaurants and businesses through delivery.

Things are not hopeless. Things will get better, and not in the too distant future in the grand scheme of things. They won’t be back to “normal” for a while. Some things will never be the same.

But as far as wars go, you aren’t being asked to do very much. And if we all give this our maximum effort – and make sure that our friends and loved ones do too – lives will literally be saved. 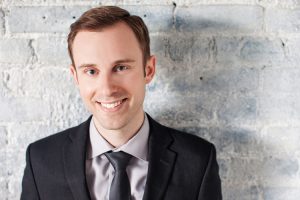 Devan Sommerville is an experienced government relations professional that has engaged with many of Ontario’s leading elected officials and policy practitioners on the challenging issues confronting Ontario today. He has advocated on behalf of a diverse range of clients across many sectors, including the emerging and innovative economy, residential development, housing, infrastructure & construction, health care, environment and entertainment.