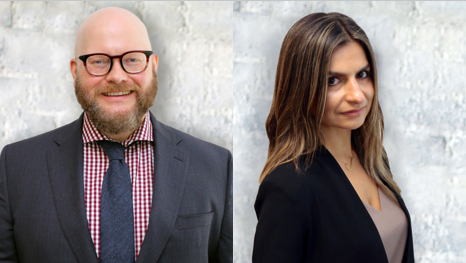 “Coming to Counsel straight from their respective senior roles in the Ontario Progressive Conservative Caucus Services Office and the Office of the Premier, Rob and Jess bring  their  first-hand perspectives of the challenges and opportunities facing Ontario’s Conservative government as the economy resets,” said Caroline Pinto, Counsel’s Managing Partner.

Rob joins Counsel as Vice-President, Government Relations (Ontario) from Queen’s Park, where he was recruited to be the Deputy Executive Director of PC Caucus Services. Rob oversaw research, political affairs and community relations in support of the government caucus. Having worked on Parliament Hill and at Queen’s Park for two Conservative administrations over the past two decades, Rob knows politics and the people behind the government’s decisions. He has also served in strategic roles for municipal, provincial and federal leadership, central and local campaigns.

With consulting experience at a multi-national public affairs company, an Ontario-based firm, running his own consultancy and in house for an association, Rob understands the client perspectives from every angle.

Jess brings to Counsel a strong network across Canada’s political and business media forged through her work as the Director of Communications at the Ontario Chamber of Commerce, her five years in public relations and crisis communication consulting, and serving as Press Secretary and Issues Manager to two Federal Cabinet Ministers within the Harper Government.

“At Counsel, we pride ourselves on attracting and retaining some of Canada’s most sought after government and public relations professionals. The fact that our business continues to grow during these uncertain economic times speaks volumes to the premium we place on not just who we hire, but also the integrity and quality with which we service our clients,” added Counsel President Phil Dewan.

Counsel is one of Canada’s most respected and fastest-growing, national independent government relations and strategic communications companies with offices in Ottawa, Toronto, Vancouver and Calgary. For more information on Counsel Public Affairs visit www.counselpa.com