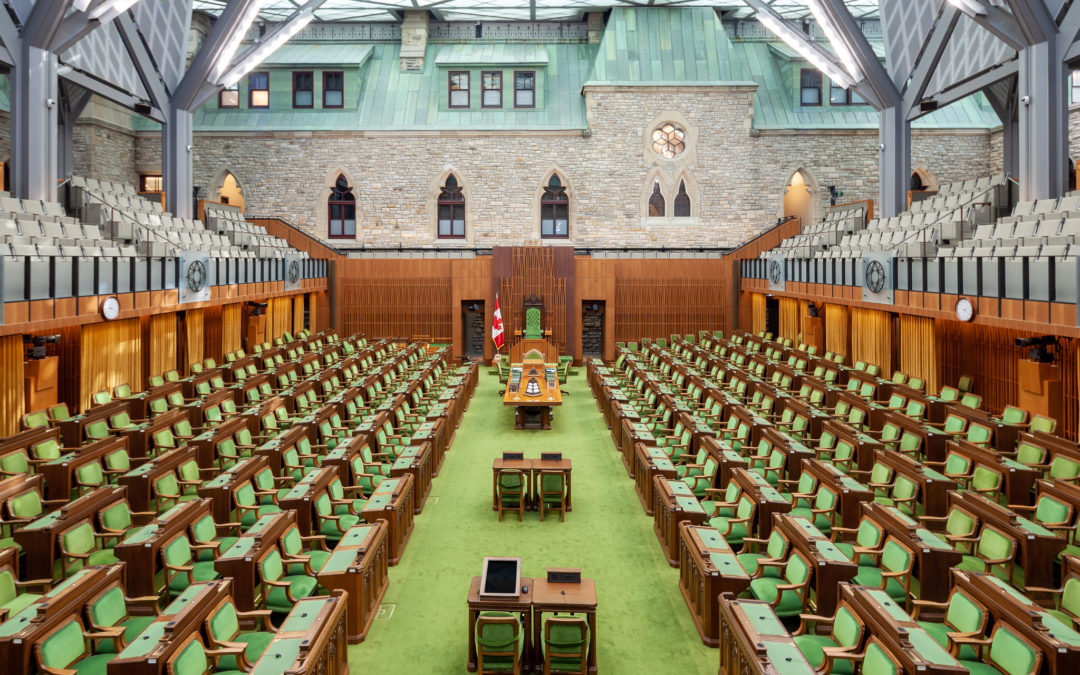 This afternoon, Finance Minister Chrystia Freeland delivered the government’s Fall Economic Statement (FES), the first fiscal blueprint in her new role and the first ever delivered by a woman at the federal level. Today’s mini-budget was full of new spending after foregoing a 2020 Budget this past spring. Minister Freeland presented a short-term outlook focused on two priorities:

Fall statements give the government an opportunity to provide a mid-year course correction on the state of the nation’s finances and this year’s was no different, projecting a federal balance sheet that is drowning in even more red ink.  Here are the numbers:

The fall statement targets internet giants like Netflix, Amazon and AirBnB with sales taxes and has signaled their plans to levy corporate taxes on these companies, even though they are not based in Canada, with measures to collect:

In addition, the government will limit employee stock option deductions for high-income individuals employed at large, long-established, mature firms. A $200,000 annual limit will now apply, but in an effort to exempt start-ups, there will be exceptions for employee stock options granted by Canadian-controlled private corporations (CCPCs) and those with annual gross revenues of $500 million or less.

While most Fall Economic Statements may contain one or two new initiatives, this was more of a mini-budget with measures touching several sectors, starting with pandemic-related supports for businesses and individuals:

The government is immediately boosting the Canada Child Benefit, with some families seeing up to $1200 per child under the age of 6 – a measure proposed by Conservative Leader Erin O’Toole in his leadership campaign.

In her speech to the House of Commons, Freeland said “Quebec can show us all the way on child care,” but stopped short of major spending, with a pledge that the 2021 budget would “make historic investments” in child care. For now, the government will spend:

The fall statement contained little in the way of details on financial aid for airlines, stating only that the government is establishing a process with major airlines regarding financial assistance, while reiterating their goal of ensuring Canadians are refunded for cancelled flights. The government also committed up to $206 million over two years to support regional air transportation, which services harder-to-reach areas of the country.

The statement includes a $1-billion pledge to establish the Safe Long-term Care Fund for helping provinces and territories shore up safeguards at those facilities, with funding conditional on those jurisdictions’ ability to provide a “detailed spending plan” that shows protective measures will be funded.

While nothing is imminent, the statement mentions “Border Carbon Adjustments” for the first time, hinting that an international carbon tariff regime could be in the works. Predicated on the idea that low carbon, higher-cost producers in Canada should not be asked to compete with high carbon, low-cost imports, a carbon tariff would theoretically level the playing field. Such an agreement would likely have to wait until the United States adopted similar low-carbon policies.  In the meantime, the statement contains significant new spending on low-carbon initiatives:

The FES commits a further $380 million in 2020-21 for the Indigenous Community Support Fund to help ensure that the needs of Indigenous communities will continue to be met during the second wave, bringing total investments towards the fund to over $1 billion since the beginning of the pandemic. In addition, $332.8 million will be provided in 2021-22 to help First Nations, Inuit and Métis communities offset declines in own-source revenues to provide the same level of core-community programs and services to their members.

Today’s mini-budget outlines the government’s   new fiscal framework, with details to be unveiled in the 2021 spring budget, raising the potential to trigger an election. The FES begins to precondition the public to the $100 billion COVID recovery plan   while foreshadowing the implementation of the Liberal’s election commitments on childcare, pharmacare and fighting climate change. Like all budgets and mini-budgets, there are clear winners and losers. Sectors like Aviation and tourism will be disappointed and likely vocal in seeking further support.

To help pay for the magnitude of this level of new spending, the government is taking on major tax battles with the taxation of internet giants and limits on employee stock option deductions.

These free-spending ways are already drawing the ire of the opposition Conservatives, who say there is no plan for the economy without a solid plan for rapid testing and vaccines and that now is no time to reimagine the economy. While the Liberals can only hope that vaccine distribution will be underway in tandem with the spring budget, they are making a clear play for NDP support to keep their government alive – or face a spring election where the liberals will position their “progressive” initiatives against Conservative calls for greater fiscal accountability. As 2020 has taught us the future is far from predictable.