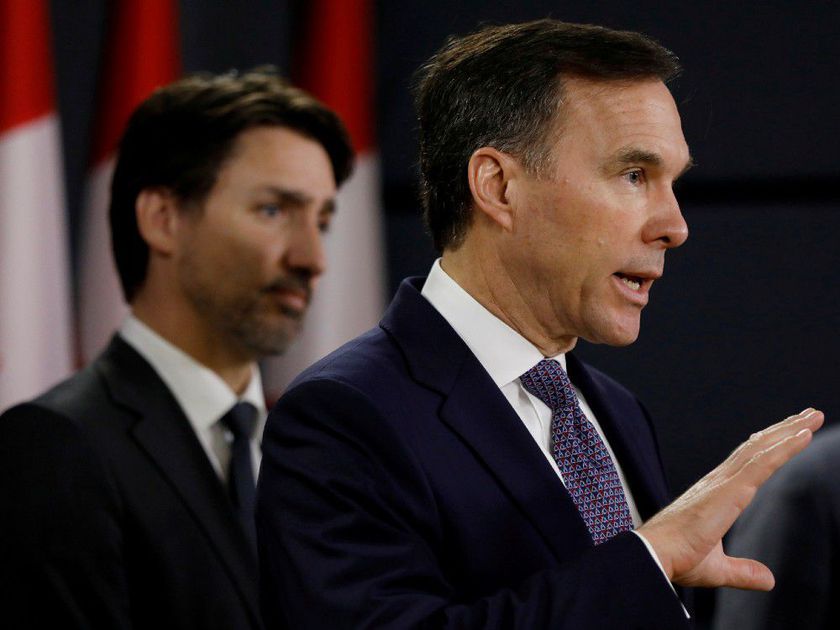 In a surprise Monday evening press conference, Finance Minister Bill Morneau announced that he has submitted his resignation as Finance Minister and as Member of Parliament for Toronto Centre, after a closed-door meeting with Prime Minister Trudeau earlier today.

Speculation has been rife over the past week following unattributed media accounts of a rift between the Prime Minister and his Minister of Finance, but tonight’s resignation still comes as a shock to those inside and outside of government. It is rare for a government to switch Finance Ministers, especially with the country mired in a deep recession and historic deficit.

Media and opposition were quick to link Minister Morneau’s sudden resignation to his repayment of travel expenses at the peak of the WE Charity scandal, though Morneau dodged this issue, or any reports of policy rifts with the Prime Minister, during his announcement. Instead, he explained that he had never intended to run in a third election, and thought a Finance Minister with intentions to stay on long-term would be best-suited to lead the economic recovery from the pandemic fallout. In an unexpected plot twist, he announced his plan to seek the nomination as Secretary General of the Organization for Economic Co-operation and Development (OECD) – with Prime Minister Trudeau offering Canada’s “vigorous support” in a glowing media statement. This coordinated announcement represents a closing of the Liberal ranks with a belated exit strategy designed to help Morneau, a successful businessman, save face. This explanation will be a tough sell for many Canadians – and the opposition parties who have been calling for his resignation over the WE Charity scandal won’t buy it for a second.

Given the tumultuous economic times the country is facing, the Prime Minister won’t have time to waste in announcing a replacement for Morneau. While former Bank of Canada and Bank of England Governor Mark Carney, who was just last week named as informal advisor to the PM on the COVID-19 recovery, is one of the top names now rumoured to be in line for the role of Finance Minister, his appointment would be easier said than done. Although not an elected MP, he could still be named to Cabinet – an unusual but not unprecedented step famously taken by Stephane Dion and Pierre Pettigrew in the wake of the 1995 Quebec Referendum.

If appointed, Carney would be expected to run for MP at the soonest possible opportunity. The Liberal bastion of Toronto Centre has now opened up, which would be easier to win than York Centre, the bellwether riding vacated with the recent resignation of Michael Levitt. Carney’s silence on the matter is deafening and his forthcoming plans to publish a book (entitled “Value(s): Building a Better World for All”) is a well-travelled path for aspiring politicians. If he takes the plunge, he would be the second Finance Minister in 100 years to take the job with no political experience – after Bill Morneau. For all of the allure Carney presents, the Ottawa rumour mill is currently leaning against him getting the job.

Other names making the rounds are current Deputy Prime Minister Chrystia Freeland, which would make her the country’s first woman Finance Minister. However, Freeland has been indispensable to the government in her current role, where she has coordinated the pandemic response between ministers and with the provinces, in addition to managing the fraught Canada-US relationship in the lead up to the US general election.

Speculation includes other ministers with economic backgrounds such as Francois-Philippe Champagne, Jean-Yves Duclos and Navdeep Bains. From this group, keep an eye on Bains, who currently runs an economic portfolio at Industry, would be the first minority Finance Minister, and is a trusted political ally of the Prime Minister dating back to before his leadership campaign.

Any of these moves would necessitate a larger cabinet shuffle, which would give the government a needed reset going into the fall. While the government was riding high in public opinion polls through the pandemic, the Liberals were stung by the WE Charity scandal, and must now steer the country down the long road to economic recovery with a possible second wave yet to come this fall. The government appears set to make a down payment on their recovery plans with a Fall Economic Update ahead of a full Budget in the spring, which would set the stage for a possible spring election, squaring off against a new Conservative leader.

The mandate the Liberals were elected on less than a year ago is now a distant memory, having been completely hijacked by the pandemic. The government must now advance a new vision to Canadians of what economic recovery should look like. By all accounts, Trudeau hopes to use the minority government and post-pandemic recovery to push through bold progressive change. He has clearly decided that he needs a new Finance Minister to carry out this formidable task.