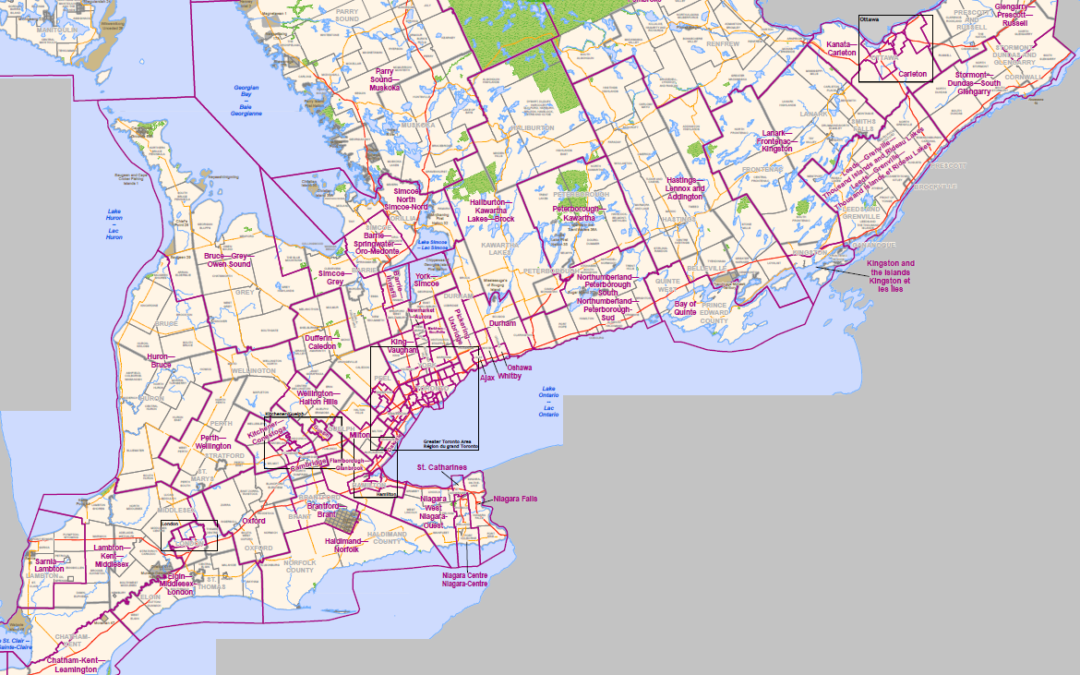 With all the controversy swirling around Toronto’s municipal election, it’s easy to lose sight of the elections simultaneously taking place in hundreds of municipalities across Ontario. The public and media frequently dismiss municipal elections as sleepy affairs with low turnout. Incumbency and the power of name recognition more often than not preserve the status quo. But there are always races that rise above the rest and showcase the fractious, personality-driven and hyper-local campaigning that sets municipal politics apart. This year is no exception, and Counsel is spotlighting four exciting races from beyond Toronto to watch this October.

Why we’re watching: Patrick Brown won’t back down. After his resignation as leader of the PC party following allegations of sexual misconduct, Brown re-emerged into political life just six months later, throwing his hat in for Regional Chair of Peel. When the Ford government scrapped the elected Chair positions from Peel, York, Niagara and Muskoka, Brown turned his sights on becoming the mayor of Brampton. Can he take down the incumbent, Linda Jeffrey?

Back in 2014, Jeffrey left provincial politics and rode the message of accountability and municipal renewal to defeat beleaguered long-time incumbent Susan Fennell, who was mired in a series of ethics scandals that plagued the Mayor’s Office and Brampton City Hall. Since then, Jeffrey has taken significant strides to improve transparency and accountability at the city, but has faced dogged resistance from recalcitrant foes on City Council. Her first term has seen both major triumphs (securing a Ryerson University satellite campus for Downtown Brampton) and disappointing shortfalls (the failure of Council to approve the construction of a provincially-funded LRT line).

Jeffrey remains fairly popular in Brampton, so it’s surprising that she has a number of strong challengers for the Mayor’s Office. In addition to Brown, former Federal Conservative Minister Bal Gosal and long-time municipal and regional council fixture John Sprovieri have also jumped into the race. But three strong challengers scrapping over the same pool of disaffected, predominantly conservative voters is also an opportunity for Jeffrey to divide and conquer a splintered opposition.

Why we’re watching: The last several years have not been kind to the struggling port city on the shore of Lake Superior. A stalled economy, rising crime and entrenched prejudice and violence affecting the city’s Indigenous residents have all captured headlines locally and across the province. The city’s troubled police department found itself under the microscope in two separate provincial investigations. To top it off, current Mayor Keith Hobbs – a former police officer himself – was embroiled in a bizarre case in which he and his wife were charged with extortion and obstruction of justice. In the face of spiralling public opinion, Hobbs opted not to run for re-election.

An age-old Liberal vs. NDP political rivalry characterizes Thunder Bay politics at both the federal and provincial levels, and the mayoral race is no exception. Bill Mauro, a well-known former Ontario Liberal Minister and MPP fresh off a razor-thin defeat in June’s wipeout provincial election, is the frontrunner on account of his strong name recognition and local popularity. But the final result is far from decided. The NDP-aligned camp has put forward a strong candidate in Iain Angus, a long-time City Councillor who represented the city as an MP and MPP in the past.

For voters who want a clean break from the old factions, first-time candidate Ron Chookomolin is an intriguing wild card candidate. Chookomolin, an Indigenous mediator and advocate, came to widespread local attention following the unsolved murder of his son Marlan in 2017. The case was one of the galvanizing examples that highlighted the dangers facing Indigenous peoples in Thunder Bay – while the city is home to less than five per cent of Ontario’s Indigenous peoples, it accounts for 37 per cent of its Indigenous murder victims – which is over three times more than the entire number in Quebec. Chookomolin provides an obvious choice for voters that rank this issue at the top of their priority list.

Why we’re watching: Following a meteoric rise through City Council, Matt Brown was

an emerging political star when elected Mayor of Ontario’s sixth-largest city in 2014. Restoring integrity to the Mayor’s Office and rejuvenating the city’s economy were central to his mandate – a breath of fresh air to many local residents following the arrest and conviction of former Mayor Joe Fontana on charges of fraud and forgery. But Brown’s star quickly dimmed when news broke in 2016 of an extramarital affair with then-Deputy Mayor Maureen Cassidy, in which the city’s Integrity Commissioner ruled that the two had violated the Municipal Code of Conduct. In April of this year, Brown confirmed that he would not seek re-election.

The wide-open race has drawn several challengers, led by former Harper-era Conservative Minister Ed Holder. His main challengers are focused on two of the highest-profile and persistent issues facing the city. Paul Paolatto, Executive Director of Western Research Parks, is highlighting the need to accelerate the transition away from manufacturing towards a knowledge-based economy, a process in which London lags behind other urban centres like Kitchener-Waterloo and Hamilton. City Councillor Tanya Park is focused on critical issues of affordable housing, poverty and especially drug addiction, as London bears the brunt of the opioid epidemic in economically-distressed Southwestern Ontario. Holder will need to balance his solid name recognition with credible positions on these and other priority issues, such as addressing an inadequate public transit system, while confronting the reality of a flat tax base.

Why we’re watching: Justin Altmann’s first term as Mayor of Stouffville has been one-of-a-kind. Altmann brought a youthful, approachable, populist-tinged style that was refreshing to many voters in the 2014 election. Altmann made his ability to connect with and reflect the priorities of local residents a hallmark of his brand – even inviting the entire town to his wedding in the summer of 2016. Since then, however, municipal politics in Whitchurch-Stouffville has been mired in controversy. A revolving door of senior municipal staff was coupled with media revelations of an unusual chart of hirings and firings in the Mayor’s private washroom. Since then, a long-running saga of squabbles has unfolded between the Mayor and City Council – even making its way to the provincial courts.

Many residents are weary of this daily churn at Town Hall, and several have stepped up to seek Altmann’s chain of office. These include a current municipal councillor and mayoral adversary (Iain Lovatt), a former Councillor who narrowly lost to Altmann in 2014 by less than 500 votes (Phil Bannon), and an emerging local leader (Anand Daté). Perhaps the most unorthodox candidate is former NHL player and coach Keith Acton, who has returned to seek the mayoralty of his hometown. But prognosticators would be very foolish to count Altmann out. The incumbent retains a solid base of enthusiastic supporters and a crowded field can’t help but play to his advantage. The result of the election will demonstrate whether voters are turned off by all the controversy swirling around Altmann – or if they think it’s just a lot of hot air.