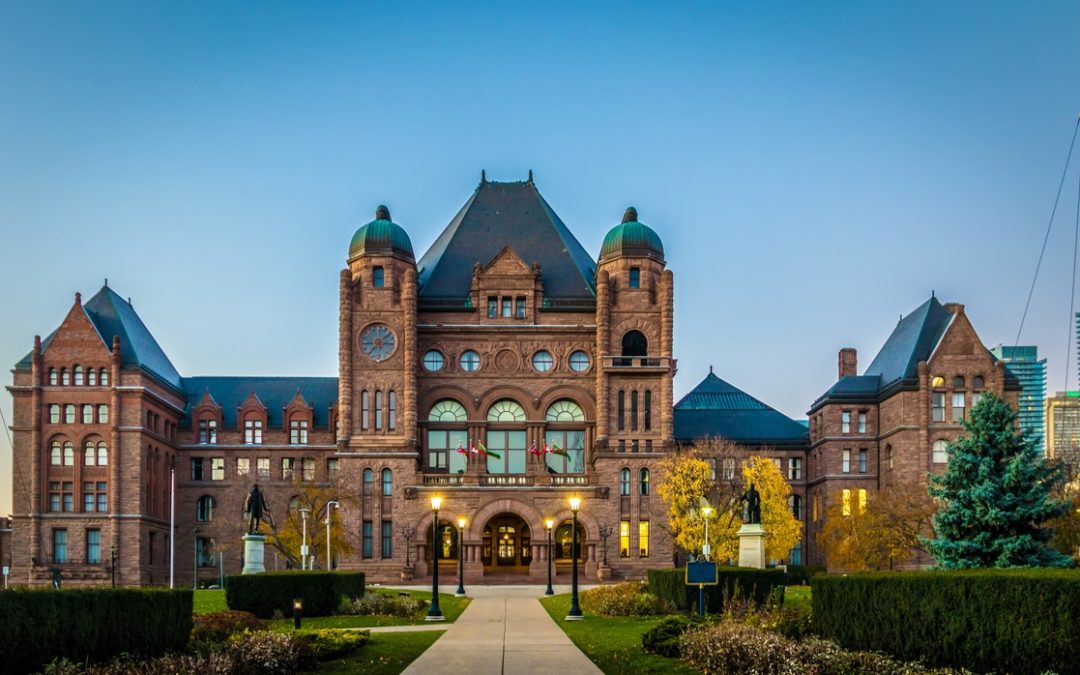 June 29, 2018 – Progressive Conservative Leader Doug Ford was sworn in today as Ontario’s 26th Premier, along with his new – and smaller – Cabinet. Premier Ford unveiled his Cabinet at a swearing-in ceremony inside the Legislature. In a symbolic end to nearly 15 years of Liberal rule, Ford re-affirmed his oath and delivered his first speech as Premier on the front steps of Queen’s Park to a large public crowd. Ford sent a clear signal of his a new, open and people-focused approach to governing.

As anticipated, with only 21 members, the PC government’s Cabinet is substantially smaller than the outgoing 28-member Executive Council.

With lots of talent to choose from among his 75 MPPs, Premier Ford kicked off his party’s reign on a strong foot, stacking over half of his new Cabinet with experienced PC Caucus members. The new Cabinet is composed of 7 women and 14 men, including the Premier, and it includes a former federal Minister, as well as some fresh faces with strong private sector credentials.

In reducing the size of Cabinet, Premier Ford merged multiple ministries under several of his new Ministers.

As part of restructuring Cabinet, two ministries were eliminated – the Ministry of Citizenship and Immigration, and the Ministry of Research, Innovation and Science. Whether or where these portfolios will be integrated into other ministries remains to be seen.

The list of Parliamentary Assistants was also announced – see the full list here – as was the list of Deputy Ministers. Counsel will forward the NDP and Liberal opposition critic lists, as they are announced in the coming days.

Ford will be putting everyone back to work shortly, indicating that he will be recalling the Legislature for a summer session on the week of July 9.

For more background on the new Cabinet members, download Counsel’s Cabinet at a Glance backgrounder here.

For a photo spread of the new Cabinet, click here.