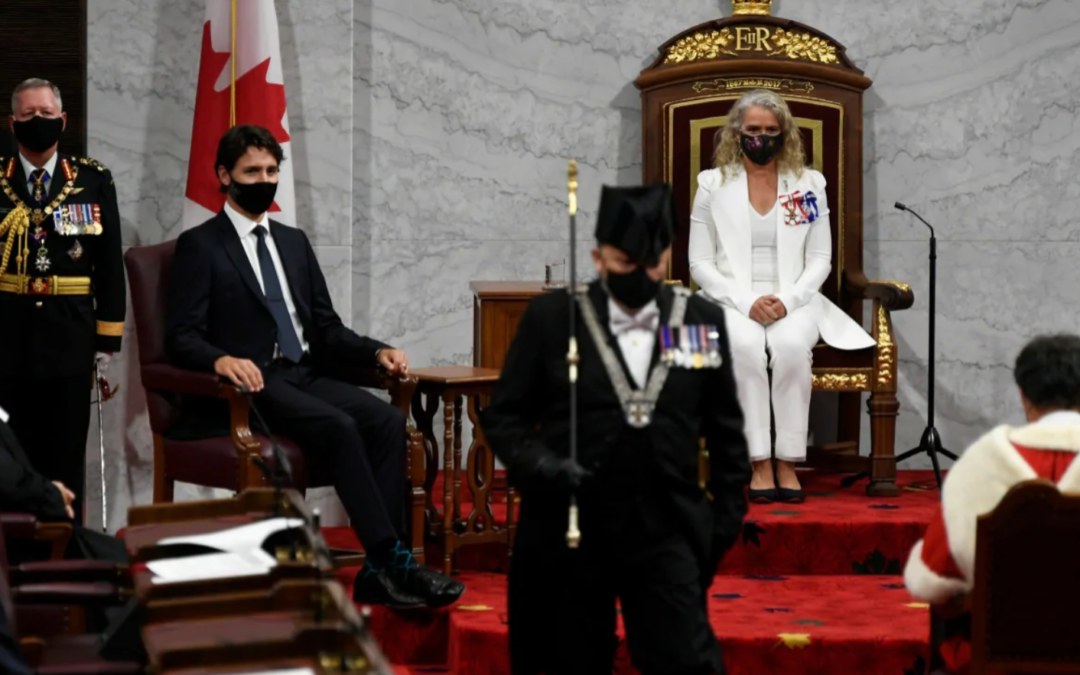 As Canada enters the pandemic’s second wave, the Liberal government has presented a sprawling blueprint to overhaul the country’s economy, health care, approach to climate change, and social systems. In presenting the government’s Throne Speech, our embattled Governor General delivered a message calibrated to ease the concerns of Canadians worried about the health crisis and impacted by the resulting recession.

Expect the Prime Minister to echo today’s speech with a sobering wake-up call and direct personal appeal to Canadians to redouble efforts to fight the pandemic in a rare prime time address to the nation tonight. Via today’s speech his government has recommitted to support Canadians through the pandemic, with measures to:

A notable campaign promise made by the Liberals to advance a national, universal pharmacare plan was reiterated in today’s speech, including a commitment to a rare disease strategy and a national formulary to “keep drug prices low.” The government has promised to work with the provinces and territories to implement this without delay. In other health care related commitments, the government committed to:

The Liberals included a focus on climate change in the speech, as they seek to accelerate their plans to meet the Paris 2030 climate targets before shifting to an even more ambitious net-zero agenda which includes:

The Throne Speech also spoke to groups who have been hit particularly hard by the pandemic, including women, youth, disabled, and racialized Canadians, via:

Reconciliation remained a major theme for the government, with measures to:

Conservatives immediately indicated they would vote against the government’s plan. Going into today, they were looking for fiscal restraint and sector-specific supports targeted at oil & gas. While the government committed to support regional airline routes, tourism and cultural industries, they clearly stated “this is not the time for austerity,” which they argue would only worsen the economic situation. We will have to wait until the budget to see a price tag for this ambitious plan, but the government signalled its intent to find new revenues by taking aim squarely at the digital platforms and extreme wealth inequality. This includes proposed new measures that would require web giants to share revenue with Canadian creators and media.

However, there were many items in the speech that are likely to win support from the NDP who, along with the Bloc Quebecois, hold the balance of power in the current Parliament. The NDP have found common ground on earlier asks for child care, pharmacare and new income supports for workers via a reformed Employment Insurance system, although NDP leader Jagmeet Singh has indicated that he is looking for a more concrete commitment on the latter.

The Bloc supported the call of five premiers to permanently increase federal health transfers to the provinces. The Liberals, who only last week gave $19 billion in Safe Restart funding to the provinces, including $11 billion for health care, show no indication of fulfilling this demand.  However there was pointed mention of Canada’s supply managed sectors receiving full and fair compensation for recent trade agreements and a significant focus on strengthening the Official Languages Act and promoting French within Quebec. Bloc Quebecois leader Blanchet has responded on social media by accusing Ottawa of not listening to the concerns of Quebec and imposing on their jurisdiction in healthcare.

Today’s Throne Speech sets the stage for the pre-election phase of the current minority Parliament which will soon enter its second year. This speech contains more measures than can be reasonably achieved over the coming six months when the government will face a crucial vote over the 2021 spring budget. If the Liberals can’t keep this Parliament running beyond that, expect this Throne Speech to be echoed in the next Liberal election platform with measures gauged to appeal to a broad swath of voters.