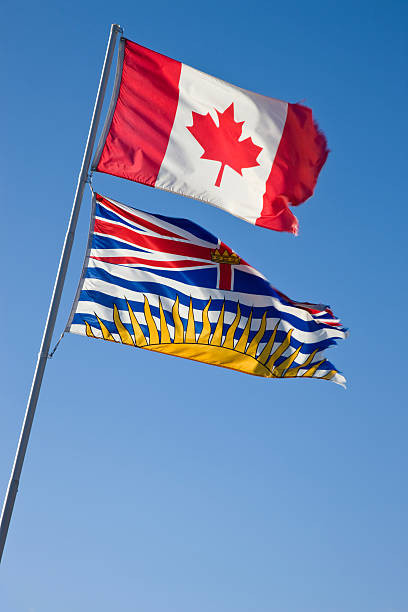 It seems like every four years British Columbians are told that THIS is the election that will be decided by them. It hasn’t turned out to be true, yet.

In 2015, a Liberal majority was declared while voters still lined up at the polls in Vancouver. Likewise, in 2011, 2008 and 2006, BC was barely a factor. Once returns from the 416 and 905 were tallied, the national outcome was more or less understood.

This time however, it’s possible BC could maybe, actually, possibly decide the shape and composition of the next Parliament.

In an election where national polls have been stagnant for the two major parties thus far, BC has been incredibly dynamic. All three major parties have enjoyed some time in the lead, and even the Greens have been competitive in large sections of the province. Out of the 42 seats up for grabs, there are potentially 25-30 that could change hands.

Here are the regions and ridings we will be watching on election day:

Counsel’s Preview: On October 21, this might be the weirdest riding result in the country. It is a true four-way race between the Green, Liberal, NDP and Conservative parties. The demographics of the South Island have been changing in recent years as Vancouverites, both young and old, have migrated here in pursuit of a slower pace and more affordable lifestyle. Ironically, this has resulted in skyrocketing home prices and additional economic and infrastructure pressures on the region.

The western boundary of this riding encompasses the picturesque ocean town of Sooke and an incredible stretch of old-growth coastal rainforest. On the other side is the western half of Victoria and the military town of Esquimalt.

This is an area of the country that has a deep history with the environmental movement, and intimate knowledge of the risks that come with ecological mismanagement. The commercial salmon industry – a sector that once formed the cornerstone of the regional economy – has been all but wiped out by disease and the destruction of fish habitat. The forestry sector, a massive driver of economic activity on the island, has been subject to economic woes driven by globalization and supply issues. This area is the heart of the anti-pipeline movement in Canada. It is no secret why the Greens see it as fertile ground for their expansion.

On the other hand, you have a large number of provincial government bureaucrats, military personnel and resource sector workers, all with their own unique points of view on the environment and economy.

Since it is currently held by the NDP, other parties have diverted resources here in order to capitalize on the (initial) perceived weakness of Singh. However, it is not obvious that the NDP is struggling in BC. They currently control the BC government, and have a solid core of die-hard volunteers and campaign infrastructure in the southwest of the province. In many ways, the Singh message is finely tuned for urban-environmentalist voters, which should protect them in places like Vancouver and the Island.

On the other hand, the Green Party has a lot of new money and energy behind it, with a leader who is both familiar to and popular in southwest BC.

Meanwhile, the Liberals and Conservatives are running full-out campaigns, both with very solid prospects of picking up the riding.

The late campaign swing will determine the outcome here, and the other four ridings up for grabs on the Island will likely follow suit.

Counsel’s Preview: This riding is not a bellwether—under normal conditions it would be a slam dunk for the Liberals.

With  the dramatic series of events leading to the removal of Jody Wilson-Raybould from the Liberal Caucus, the Liberals are now running Taleeb Noormohamed as their candidate, who is  locked in a dead heat with the former Justice Minister.

The Conservatives were hoping to capitalize on this split, but have been stymied in Vancouver by their perceived lack of a climate plan.

Wilson-Raybould, while without the sophisticated infrastructure of a national campaign and voter contact operation, has benefited from a large number of out-of-riding volunteers who are determined to get her re-elected. Even Elizabeth May endorsed her over the local Green candidate.

While the outcome may not be reflective of any national or regional trends, at the end of the evening on October 21, all eyes will be on Vancouver-Granville.

Counsel’s Preview: In 2015, this riding was not considered a plausible pick up for the Liberals until the first week of October. Traditionally, this is big-c Conservative country.

However, changing demographics and a personally popular candidate in Steve Fuhr changed this. The former CF-18 pilot ran an energetic campaign and convinced Kelowna voters to try on Liberal red for once.

Kelowna has become the retirement destination for thousands of boomers from the Lower Mainland. They brought with them their urban political views, making Kelowna a measurably more progressive place.

Counsel’s Preview: A peculiar riding facing a peculiar situation, Burnaby North-Seymour’s creation in 2013 grafted long-time NDP turf in Burnaby with a distinctly different and rightward-leaning piece of geography directly across the waters of Burrard Inlet. Complicating the situation is the fact that voters don’t have a Conservative candidate to vote for in this election.

Heather Leung, the nominated Conservative candidate, was recently turfed by her party over videos of intolerant past statements regarding LGBTQ2 Canadians. It’s not clear how many voters will actually notice this situation, as Leung’s name remains on the ballot – which means Conservative supporters may still vote for Leung.

Added to this situation is a blast from the past  – longtime Burnaby New Democrat firebrand Svend Robinson has emerged from political retirement. Robinson served as MP for Burnaby for 25 years, before deciding not to seek re-election in 2004. Robinson’s experience and staunch progressive values will make for a popular alternative to the Liberals.

The seat was won in 2015 by Liberal Terry Beech, taking a comfortable 36 per cent of the vote, with the NDP and Conservatives netting 30 and 28 per cent respectively. Beech is running again, but faces some local headwinds as the standard bearer for the unpopular Trans Mountain pipeline, the terminus of which is in this riding.  How the votes will break between a retro New Democrat and a Conservative no longer able to stand for the party is anyone’s guess.

Counsel’s Preview: It’s hard to find a better measure of the Green Party’s rise in recent years than this riding. Once hotly contested between supporters of the Conservative and New Democratic Parties, this riding saw a startling surge of Green support blow past them for a decisive by-election victory in May of this year. The Greens took 37 of the vote, leaving the Conservative and NDP candidates vying for a relatively distant second place with 24 and 23 per cent respectively.

Incumbent Green Paul Manly now has to prove this wasn’t a one-off. Succeeding popular NDP MP Sheila Malcolmson, who resigned the seat to run provincially, Manly has his own NDP lineage as the son of former NDP MP Jim Manly. He’s facing a rematch with his byelection opponents, the Conservative’s John Hirst, a local business leader, and the NDP’s Bob Chamberlain, former chief of the Kwikwasut’inuxw Haxwa’mis First Nation. Michelle Corfield, who came a distant fourth in the by-election, is again fronting the Liberal campaign, which has little prospect of success.

Byelections have their own very specific logic, and general elections are very different. We’ll be watching closely to see how the national narrative plays out here.