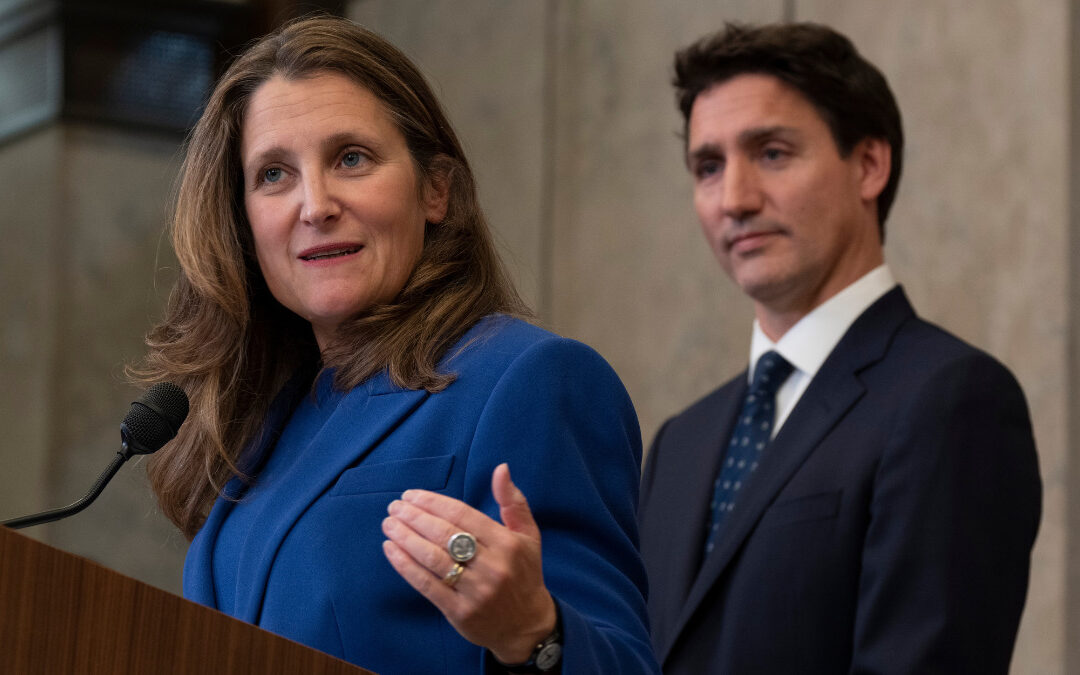 All documents related to the 2022 Fall Economic Statement can be found here.

The Fall Economic Statement – or FES, as it’s called in the Ottawa bubble – is an annual opportunity for the Finance Minister to update Parliament on major changes to the nation’s fiscal health, engage in budgetary housekeeping and introduce a few policy initiatives that cannot wait until next spring.

As our economy weathered the worst of the pandemic, the last two statements have taken on added significance, as the government and the Bank of Canada have attempted to absorb numerous shocks to stability on the pot-holed road back to economic growth. This statement is no different, as it seeks to reassure Canadians that the government has a plan to keep the economy out of recession and address the rising cost of living.

Canada’s fiscal picture has changed significantly since the federal budget was introduced last April. The uncertainty in the economy has led the government to project two different economic scenarios – a “baseline” scenario, and a grimmer “downside” scenario. Using this approach, the government is preparing Canadians for the possibility of a “hard landing,” where the Bank of Canada’s drive to curb inflation via higher interest rates tips the economy into recession.

First, the good news. High commodity prices and low unemployment have reduced the estimated federal deficit to less than half of the $53 billion projected last spring. Finance Canada’s new baseline scenario projects a $4.5-billion surplus by 2027-28, while the downside scenario projects a $8.3 billion deficit by that time.

Now for the bad news. The Bank of Canada’s interest rate hikes over the past eight months are intended to reduce the amount of money that households and businesses have for discretionary spending, which should in turn reduce aggregate demand. In theory, this should drive down the rate of inflation. This approach is a blunt, painful instrument that no central bank enjoys using – because it could cause a recession. The Trudeau government is acutely aware that Canadians are looking for a way out of this morass, with the threat of seventies-era “stagflation” (low economic growth paired with high inflation) looming. The FES projects 0.7% GDP growth in 2023 under the baseline scenario – but under the downside scenario, a recessionary 0.9% decline in GDP.

Inflation is easing somewhat, but remains stubbornly high, while the Bank of Canada continues to ratchet up the lending rate. These interest rate hikes, while cooling activity in the red-hot housing market, are driving up costs for mortgage holders, further aggravating the affordability crisis. The increasing size of mortgage payments, along with more expensive groceries, home heating and fuel prices are driving consumer anxiety throughout the economy. In the Fall Economic Statement, the Liberals have included a variety of targeted measures intended to ameliorate some of the more painful effects of inflation. They include:

As inflation has increased, the government has also harnessed some of the anger that Canadians feel towards record high corporate profits, via two significant new measures:

In January of this year, U.S. Treasury Secretary Janet Yellen laid out the economic roadmap the Biden administration was taking as “modern supply side economics,” which seeks to “spur economic growth by boosting labor supply and productivity, while reducing inequality and environmental damage… aiming for growth that is inclusive and green.” Just six months later, Freeland and Yellen, in a joint press conference, all but affirmed their strategic alliance in crafting a narrative from economic recovery to growth. In many ways, the FES confirms that modern supply side economics has become Canada’s roadmap as well.

In Minister Freeland’s Brookings Institution speech last month, she addressed the need for “friendshoring” and fast-tracking projects that benefit our allies in a world changed by Russia’s attack on Ukraine and China’s more aggressive posture. In the Fall Economic Statement, we got a glimpse of what Freeland meant with this commitment:

JUST TRANSITION – UNDER ANOTHER NAME

The FES includes $250 million for several “Sustainable Jobs” initiatives – which sounds a lot like the Just Transition strategy. The hallmark announcement is a new Sustainable Jobs Training Centre, to bring together workers, unions, employers, and training institutions across the country to examine the skills of the labour force today, forecast future skills requirements, and develop curriculum, micro-credentials, and on-site learning to help 15,000 workers upgrade or gain new skills for jobs in a low-carbon economy. The Centre would focus on specific areas in high demand, starting with the sustainable battery industry and low-carbon building and retrofits.

The Trudeau Liberals have been stung by criticism over long passport lines, border delays, student visa backlogs, and delayed Employment Insurance and Old Age Security claims. The government is responding by investing $2.2 billion over five years to reduce these backlogs – presumably to hire new government employees to speed up these processes.

Tomorrow, Opposition Leader Pierre Poilievre will deliver a detailed response to the Fall Economic Statement in a speech for the Empire Club in Toronto. He gave a preview of what we will hear by stating, today, that “the cost of government has driven up the cost of living” for Canadians. We will be watching his speech tomorrow to see if it hearkens back to an earlier iteration of supply side economics from the last century, or if it charts a different path for growth and prosperity. But rest assured, with a potential recession looming and a new tone of austerity sounded, the contrast is likely to be stark and sharply defined – and primed for the next federal election campaign, likely to occur in 2024.