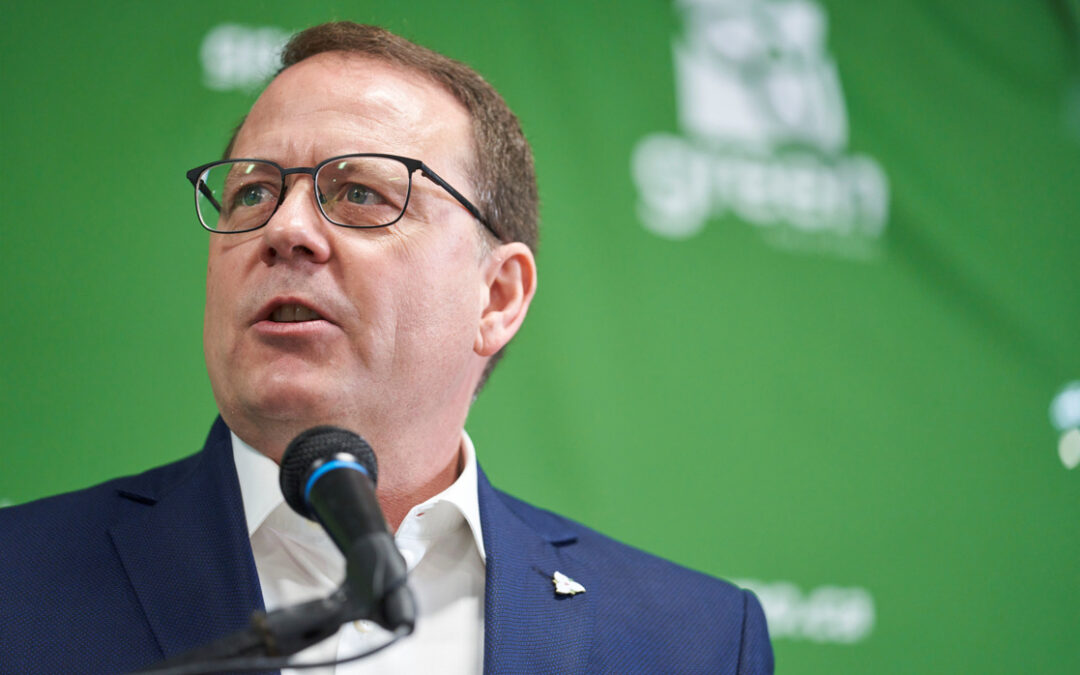 Ontario Election: Is There Room for the Greens to Grow?

Welcome to Counsel Public Affairs’ 2022 Ontario Election Insights. As we head towards the June 2nd vote, Counsel’s multi-partisan team will offer their perspectives on the news of the day, the machinations of the campaigns, the thinking behind policy pronouncements, and the personalities behind the scenes.

Our aim is to provide insight and opinion that illuminates what’s behind the headlines.

In the pre-writ period – today until May 4th – we’ll provide profiles of the four main parties and sprinkle in commentary on major developments such as the Ontario budget, pre-writ advertising, key platform announcements, and any developments in key local races.

During the writ period, we’ll focus more on the daily cut-and-thrust of the campaign, give you some insight on what we’re seeing in the polls, including polling done by Counsel’s own David Murray, and provide some insight into key battleground ridings across the province. We plan to go on the road during the campaign and provide insights from the doorsteps on what Counsel’s consultants are seeing and hearing across the province.

We hope you find this blog series useful and informative.  We welcome your feedback!

First up – a feature on the Ontario Green Party, led by Mike Schreiner, the Greens’ first and only MPP.

Green Party of Ontario – Hoping to build on their 2018 breakthrough:

Green Party leader Mike Schreiner won his seat in Guelph riding in the 2018 election quite handily, doubling the vote of his nearest opponent (29,000 votes to 14,000 votes for the 2nd place PC candidate). His win wasn’t necessarily a surprise, as he had been steadily growing his base of support in Guelph over many years. The surprising part of the result in Guelph was the collapse of the Liberal vote all the way to fourth place after holding the seat for more than a decade.

Schreiner’s win in 2018 was heralded as a breakthrough for the Greens in Ontario. The question in this election: Can the Greens build on this win, and will anything short of more seats be seen as a failure?

Schreiner and the Green Party describe their policy platform as being anchored in “jobs” (focusing on job creation in cleantech and small business), “people” (focusing on preventative health, mental health, combatting racism and promoting democratic reform); and “planet” (focusing, as you might expect, on protection of water resources and farmland, aggressively tackling climate change and pollution).

Last week, Schreiner made protection and growth of the Greenbelt a cornerstone of his coming campaign. The Greenbelt is an 800,000 hectare ring of farmland, forest, wetlands, rivers and lakes stretching around the GTA that is protected from development. The Greens’ first major policy platform piece is a proposal to double the Greenbelt and include a “Bluebelt” to protect more watersheds. We can expect Schreiner to make opposition to the proposed Highway 413, which would run across the north of Toronto, a key feature of his campaign.  How this will translate into Green votes, remains to be seen, since he’ll be joining the NDP and Liberals in that opposition.

Looking ahead, whoever wins the next election will be dealing with some tough decisions on the energy and climate files. Unless by some miracle they form the government and are confronted with actually making those tough decisions, the Greens will be on the sidelines, but will have an important voice in those discussions. In that context, it is helpful to take a look at the Green Party of Ontario’s climate and energy platform.

What is in the platform is what you’d expect: A “Zero Carbon Law,” dramatic reductions in carbon output, steadily increasing carbon pricing to a maximum of $300/tonne in 2032, tripling public transit by 2030, phasing out new gas and diesel-fueled passenger vehicles by 2030, more active transportation (bikes), support for renewable energy, etc.

What’s missing, however, is any mention of nuclear power.  A cursory reading of their platform doesn’t mention opposition to nuclear, nor does it offer support.

Today, approximately 60% of Ontario’s power needs are met by nuclear power, and Ontario’s nuclear fleet is credited with allowing the province to get off coal and oil-fired power generation. Going forward, the Ford government is betting heavily on Small Modular Reactors (SMRs), but the Greens are notably silent on SMRs or any other nuclear technology. Of course, they promote renewable energy, but don’t really offer a clear message on how or if the province should replace (or expand) the nuclear-powered base load.

Why does this matter? For one thing, in a tight minority scenario, the Greens could have significant influence on the policies of the governing party, as we saw in BC after the 2017 election. The fate of nuclear power in the province will be a key decision point for any administration. It is something that will be watched very closely by businesses in the province and potential investors nervous about energy costs, supply and reliability.

Nevertheless, as their party name suggests, the Greens will continue to focus on climate and environmental issues, whether they retain one seat or gain more. And that voice in the Ontario legislature debates will remain an important one.

The question for Ontario Greens is: Will that perspective be sufficiently different from the other parties to justify their continued existence? The Ontario Liberal and Ontario NDP platforms are thematically very similar, and even the Ontario PCs are moving to support more renewable energy (as evidenced by their launch of a green hydrogen strategy just a few days ago, along with their significant investments in more public transit.) Is there enough room for the Ontario Greens to carve out a lane that keeps them relevant and allows them to grow?

If the Greens are to breakthrough, where are they most likely to win their second, third and fourth seats?

The riding of Kitchener Centre is certainly one to watch, having turned Green in the most recent federal election, electing Mike Morrice to Parliament. The Ontario Green Party may be looking to build upon that foundation and make a case for their candidate, tech industry insider and University of Waterloo graduate Wayne Mak.  Mak is a relatively low-profile candidate, however, who does not have the track-record of community-building that Mike Morrice had. In the last provincial election, the Greens only secured 6.8% of the vote. Growing from that base to winning the seat seems highly unlikely.

Other ridings in Waterloo Region could prove fertile electoral ground for the Greens. Waterloo is growing rapidly, in part due to its reputation as the “Silicon Valley of the North,” pandemic-influenced migration from other regions, and plans for two-way, all day GO service. This growth encourages urban spawl, threatening farm lands. These conversations could play nicely with the party’s conservation mandate.

Shefaza Esmail, Green candidate for Waterloo, has an impressive background in environmental and chemical engineering. Her PhD research at the University of Waterloo focuses on waste diversion in urban settings and the concerns that rapidly growing urban areas must grapple with – research well-suited for the riding. But she’ll have a steep hill to climb. The incumbent is Catherine Fife, an NDP MPP who has been elected in parts of this riding since 2012 and who secured more than 50% of the vote in the 2018 election(the Greens got less than 5%).

So, if the ridings immediately next to Mike Schreiner’s seat in Guelph aren’t in play, where could the party grow? In the 2018 election, the Greens’ candidate – Matt Richter – broke 20% in Parry Sound Muskoka running against long-time popular incumbent, Norm Miller (son of former Ontario Premier, Frank Miller). Norm Miller isn’t running again, so maybe Mr. Richter can make a breakthrough on this, his fifth kick at the can. Parry Sound is pretty solid Tory country, but maybe?

If 2018 was the Greens’ breakthrough election, the 2022 election must build on this momentum and add seats. No one is under any illusion that Schreiner will be premier, or even grow his party to official party status (10% of the seats in the Legislative Assembly) on June 2nd. However, anything short of adding a seat and doubling the Green caucus will be seen as a great disappointment.

The question is, where can they be competitive enough to add a seat? Where should the Greens focus their campaign efforts and resources?

The polls aren’t showing any growth. In the 2018 general election, the Greens secured 4.6% of the vote.  Nearly every poll done in the last year shows the Greens treading water at 5%. No growth, but no regression either.

There are some seats where their vote may be strong enough to split the vote with other progressive parties, allowing the PCs or the Liberals to come up the middle and win the seat, but even those are few and far between.

A second, related question, is whether a one-seat Green Party can carve out a position that is distinct enough from the NDP and the Liberals to be a relevant voice in the 43rd Parliament.  Right now, we’re having trouble seeing the path to this growth and future relevance.

That’s too bad, because Schreiner is the type of parliamentarian that is a credit to the political profession. He is thoughtful, constructive, focused on his constituents, and genuine.  Ontario politics needs more Mike Schreiner! Unfortunately, we think he’ll remain a lonely Green Party caucus of one for at least another term.